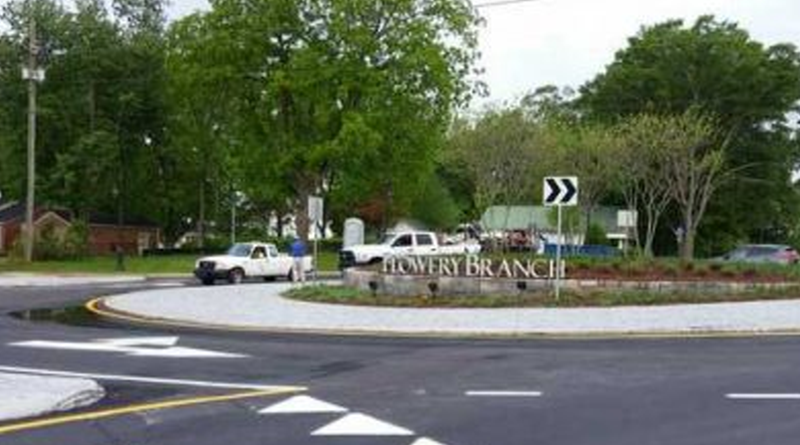 For years, downtown Flowery Branch may have been quaint, but it wasn’t necessarily motorist-friendly.

The city’s traffic situation improved Monday with the opening of the Lights Ferry Connector, featuring a roundabout at Mitchell Street with the city’s name in brushed aluminum on a center retaining wall.

But the road is not just about fancying up an older part of town.

Previously, drivers had to dog-leg their way through downtown streets to make the connection.

The new road also feeds into Phil Niekro Boulevard, which leads to another major thoroughfare, Interstate 985. And Phil Niekro becomes the busy Spout Springs Road as it passes under I-985.

The $2.1 million road, which had been set for a Friday opening, was formed using Lights Ferry Road and Snelling Avenue.

It is being funded through the city’s capital improvement fund, but a bulk of it, nearly $1.6 million, comes from a loan and grant provided by the Georgia Transportation Infrastructure Bank, which is managed by the State Road and Tollway Authority.

The project also involved installation of streetlights and landscaping, as well as pavers and vegetation inside the roundabout….read full article here.